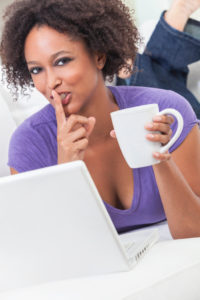 I’ve been working on my current WIP for about eight months, a new middle grade (or possibly young adult) work that mashes together a bunch of things I love: Sufi poetry. The nature of hope. Finding your tribe. Quantum physics. You know, just the usual.

I’ve been thinking about this book for years, so when I sent off my final revision of my last book to my agent, I was completely excited to sit down and start working. I had decided to try a new method, based on the Al Watt book The 90-Day Novel. It wasn’t really that different from my last method, which entails me writing what I call an “outline” but which is actually 20-50K of stream-of-consciousness notes about the world, the characters, the story. These notes include things like “YAY! I love this!” and “Nope. Wrong” or, most eloquently, “Ack.”

Anyway, The 90-Day Novel is designed to walk you through completing your first draft in (you guessed it) 90 days. The first 30 days are dedicated to getting to know your main character and antagonist through a series of writing prompts. I don’t write everyday, so this part took me a little while longer. I liked this method a lot. After the first 30 days, I knew my character better than I usually do (main characters are often my writing nemesis), but I also knew I wasn’t ready to start writing the book. There wasn’t a story yet. Or, to be more accurate, stories had presented themselves but they were the wrong ones, not the ones this book needed.

So I abandoned the schedule of 90 days and wrote more notes. After a few months, even though I wasn’t really sure where the story was going, I felt the pull to start the actual draft, so I wrote the first couple of chapters. They didn’t feel right. I took more notes and wrote a new set of first chapters—which were also wrong.

No matter what I did, I couldn’t find my way into this book.

It was very not fun.

About this time I turned 50 and, for my birthday, gave myself a week off to just be. At this point I wasn’t spinning only on my book; I was also spinning on my businesses and the meaning of my life and money and way too many other things. Stopping was exactly what needed to happen. (Also, my dear friend and writing group partner Frances sent me this Ask Polly article, which had the effect of completely upending my world view in a truly wonderful and unexpected way…but, as Michael Ende says in The Neverending Story, that’s a different story and shall be told a different time. However, I hope you enjoy the article.)

During my week of being I didn’t plan to do anything in particular. I gave myself permission to do whatever seemed right. I ended up going for a lot of walks on the beach while listening to podcasts about creativity, flow, happiness, and writing, four of my favorite topics.

One of the podcasts was Elizabeth Gilbert’s Magic Lessons (love her!!!), particularly this episode where she spoke with a woman in her mid-50s, an art teacher who wanted to do the art that was calling to her and didn’t feel allowed, somehow. Elizabeth Gilbert suggested that to this woman that she run off and have an affair with her art: Do it in secret, maybe even sneaking off at 3 am or grabbing a stolen ten minutes in the stairwell. Most of all, don’t tell anybody.

Now, I don’t like affairs/betrayal/cheating, so the use of that language, even though it wasn’t meant that way, did give me pause. But, suddenly, as I listened, I thought…you know what? I think need to have an affair with a different book.

I’m an odd kind of writer, the kind who has one idea at a time and isn’t seduced by the shiny new book waiting to happen. I’m in awe of writers who have lists of ideas and don’t know how to choose which one to do. My next ideas don’t come until I’m almost finished with a book. I’ve learned not to panic about that, because an idea always does come. Still, when I talk to writers who have lists of books they want to write, I marvel.

This time, though, it was different. I had a snippet of a beginning I’d written over a decade ago, something I’ve kept all this time because I love it so. And, strangely, ideas for that story had been popping up as I struggled with my WIP.

So I decided to do what Liz Gilbert had suggested to that other woman. I would try working on the new book and just see what happened. I would do it in secret. I wouldn’t tell anybody.

Those of you who know me know that, when it comes to things about myself, “secret” isn’t how I operate. (This is different if I’m holding someone else’s secret, but for me, I do best with total transparency. I’m a big fan of talking about things.) So, of course, that night when my husband came home, I told him about it immediately. And then when Frances, who had sent me the Ask Polly article above, called, I told her, too. And these conversations were key.

My husband rightly pointed out that a couple of years ago, when I first started talking about my current WIP (which, you may recall, is partly about the nature of hope), I was in a different place. A lot has happened in the last two years, to put it mildly, and he suggested that maybe “hope” meant something very different to me than it does now. (He was right.) And, he added, maybe I hadn’t quite figured out what my relationship with hope was now, which would make writing a rumination on it a little difficult. (Yes. He is wonderful. And brilliant. Not that I’m biased.)

Frances told me that she had been thinking that perhaps it wasn’t the right time for my current book. She reassured me that I didn’t have to worry that I was just running after the new, shiny idea because my current book was a little difficult. “In fact,” she said thoughtfully, which is how she says most things, “if anything, you have the opposite problem.” (She was also right. Also brilliant and wonderful.)

This all happened on the Thursday and Friday of my week off. That next Monday, I started my affair. I put my WIP aside and began writing notes for the new book. My usual way to work is to write notes for six to eight months before I start the first draft.

Not this book, though. This book took a mere three days of notes (!!) for the story to unfold itself in such a gorgeous and luminous way that I kept worrying that maybe I had actually stolen the whole thing from something that already existed, and only thought it was original. (I don’t think I did. But I’m still a little worried.)

And then I started writing. Two weeks in, I’m on the third chapter, and I know exactly where it’s going. It’s flowing in a way my other WIP never did (sorry, dear, sweet cheated-on book!). Best of all, it’s making me happy.

I don’t know if the whole book will fly out of me the way these past few chapters have, but I do know this: it was the absolute right decision to go after this sparkly new book. I’m pretty sure we’re in love.

How do you know when it’s the right time to cheat on your WIP with a new book or idea? For me, it’s like everything else: You know it’s the right time when you know who you are and what makes you happy, and then (this is key, I’ve discovered) take the time to stop every now and then and remember those things. That’s when it becomes clear. That’s when everything becomes clear. The pauses are key. They don’t have to be long: a couple hours of truly clearing your schedule and letting yourself just be might do it. The permission is what makes the difference, though—if you spend the time thinking or feeling bad about all the things you “should” be doing, the magic won’t happen.

So if you’re confused, or spinning, give it a shot. Take as long as you possibly can…maybe even a tad longer. Brené Brown, a researcher and author I love, writes herself a permission note, the same as a parent would write their kid to get out of school. Do that if you have to. Give yourself permission to be and not do during that time. And see what happens. (Note: this is useful no matter what’s going on in your life. I highly recommend trying it on a regular basis.)

I definitely plan to go back to the other book. That relationship isn’t over, not by a long shot. It just needs some time to sit and mature, to grow into what it needs to be.

In the meantime, my new book and I are very, very happy.