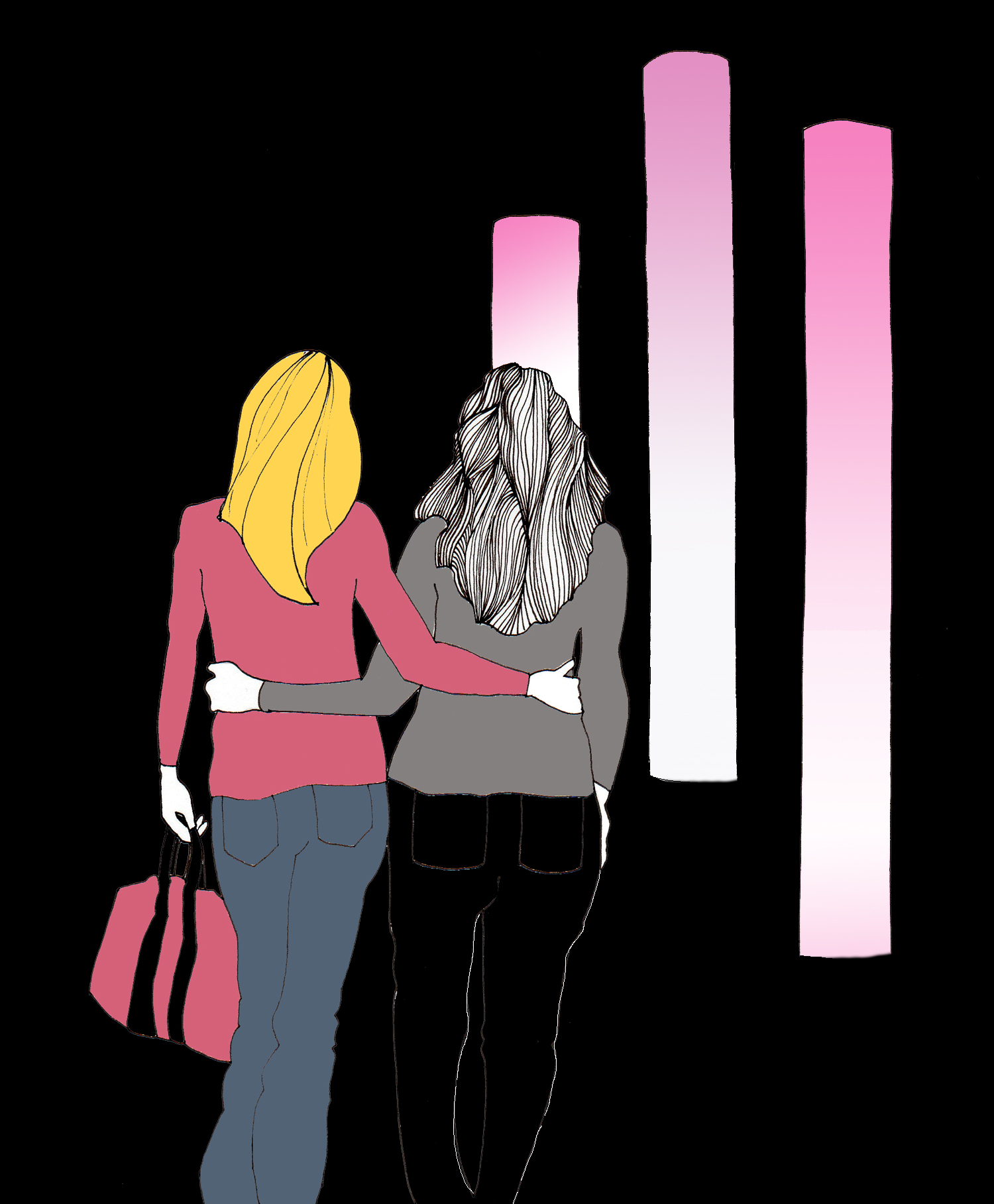 FROM THE MOMENT FLORENCIA  stepped off the plane into the hermetically sealed deplaning tube, she knew everything was different. Different not just in the expected way, but somehow more. By the time she had exited into the blare and bustle of the LAX terminal, a world apart from the one-room “airport” of Rose, Nebraska, she knew she was deeply and permanently in love. The airport alone was enough to keep her here. In the five minutes it took to thread her way through the people waiting for their luggage to where she could see Jenna, bouncing impatiently on her toes just like she used to do when they were ten, Florencia saw a mix of people she had heretofore only seen in the movies. For the first time, she wasn’t one of the only ones with the dusky skin of a migrant worker. She slowed down, wanting to savor the moment of being invisible in the best kind of way, of everyone being so very who they were that not a single person stood out.

It was a whole new world. Florencia smiled her approval and walked calmly into the waiting arms of her squealing friend, sure she had made the right choice.

Jenna looked more perfect than ever. She had the kind of figure for which the word “willowy” had been created. Long, impossibly long, legs; thin but beautifully curved form; poise like a dancer no matter what she was doing. Honey blond hair, thick, slightly wavy and past her shoulders, intense blue eyes that seemed perpetually thrilled to be seeing whatever it was they saw, and skin with the slightest of olive tints. And to top it off—in a way it hardly seemed fair— she was sweet as anything without being annoying. That was the part that always floored people. Even people who should be used to beauty, people such as pageant judges and talent agents, seemed to melt when Jenna opened her mouth. You just couldn’t fake that kind of honest goodness, and everyone knew it.

“Oooh, it is SO great to see you!” Jenna rocked Florencia back and forth in a bear hug. She was just about the only person Florencia let touch her in this way. “Look at you! You look fantastic! Come on, let’s get your stuff and get out of here!”

Jenna hooked her arm through Florencia’s the way they had always done and led her to the baggage carousel, weaving through spaces that seemed to open magically as soon as Jenna appeared. For a moment Florencia tuned out what her friend was saying and instead lost herself in the sound and feel of the life around her. There was a buzz, an alive-ness that made her feel as though she had never been so awake in her entire life.

At the carousel Jenna stopped talking and looked intently at Florencia. “How are you?” she asked.

“I’m fine,” answered Florencia truthfully. “Just a little…” she searched for the word, “…internal, I guess.”

“That’s probably normal,” said Jenna sympathetically. “God! Look at everything that’s going on! But I am so excited you’re here! I cleared out the spare room for you and we’ll find you a car or something, because trust me, you need a car here–”

“Oh no,” Florencia cut in, slightly shocked. “I wasn’t planning on staying that long with you. I’ll find a job, get my own place. You shouldn’t have to–“

“Florie, you’re pregnant!” Jenna said this last word in a low whisper, as though it wasn’t proper in mixed company. “No one’s going to want to hire you if you’re just going to be leaving again in a few months.

Florencia shrugged and smiled. “I wasn’t really planning to tell them.”

“No. Absolutely not. If you want to find an easy job, one that won’t stress you or the baby out too much, that’s fine. But,” Jenna looked around again, lowered her voice even more than she had for “pregnant,” and whispered. “I have a call-back for a TV show. No promises, but I think they liked me. If I land this, then there’s no problem. You won’t even have to work if you don’t want to!”

Florencia felt an ocean of love wash over her. “For more than a year?” she asked. “That’s not right, J. It’s too much.”

“No, it’s not!” Jenna said this so fiercely that the dapper older gentleman in front of them glanced discretely over his shoulder, tipping his head when he caught Florencia’s eyes as if to say, why, hello, didn’t see you there.

“Look,” continued Jenna, “it’s not even for sure yet, but if it is…well, what’s the point of making money if you can’t take care of the people you love?”

And in a flash, Florencia realized what this meant to Jenna: it wasn’t just the child of her best friend—although, for Jenna, this would certainly be reason enough. No, it was also the child of her one great love. In a way, Jenna had as much of a stake in this child’s well-being as Florencia did.

So Florencia did the correct and proper thing. She threaded her arm more tightly through Jenna’s, laid her head on Jenna’s shoulder, and said, with great sincerity, “Thank you.”