14. The Surprising Paths of Sorrow 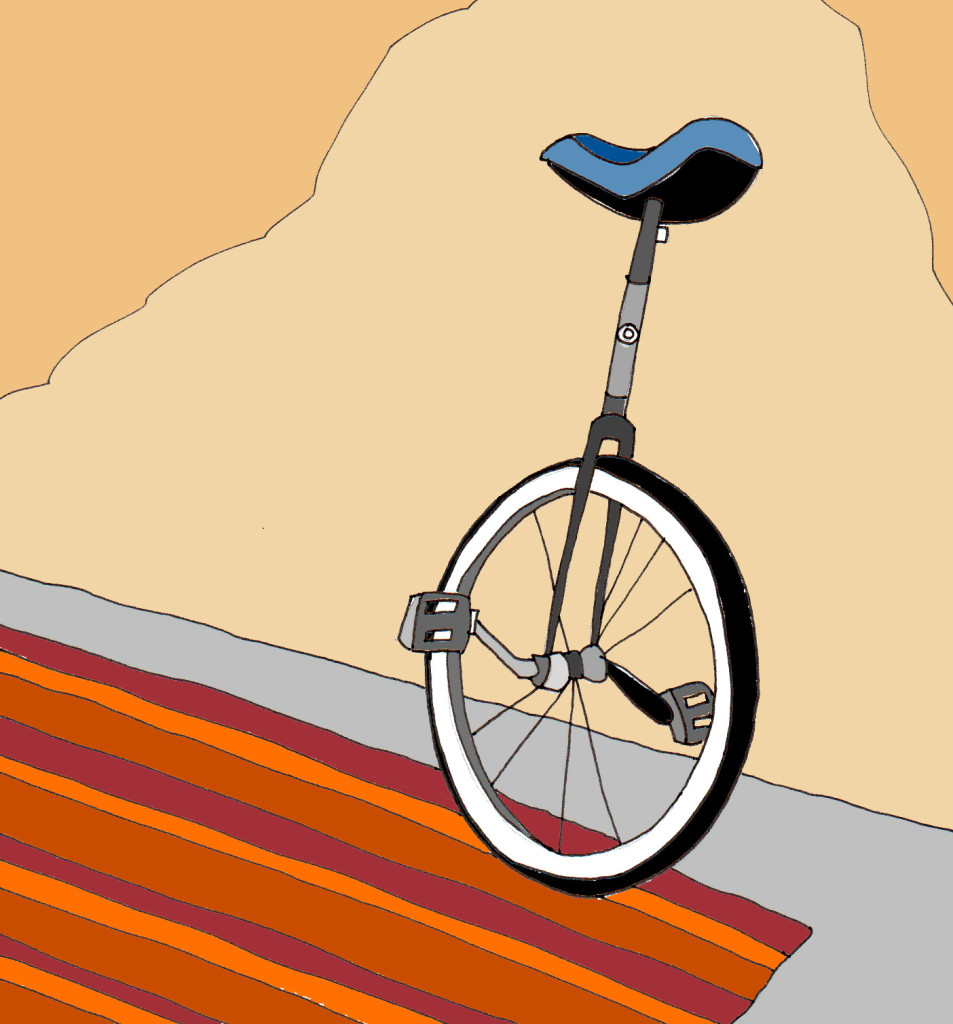 LIKE SO MANY THINGS OF BEAUTY, The Circus of Lost and Found came from heartbreak.

Once upon a time, a good several decades before Jenna and Florencia strolled down Venice Beach toward the red and white big top, there lived an odd and quiet boy named Gabriel Zicarte Ferreir. He lived in a small town less than an hour from Rio de Janeiro and he yearned to defeat gravity. Perhaps no small surprise, as his middle name came from a well-known Mexican magician his mother had seen once in her youth, and for whom she had harbored an intense and secret longing ever since.

At five years old, Gabriel taught himself to balance a coffee cup on his nose, mainly (although he didn’t know it at the time) as a way to escape the poverty and slow-simmer anger of his family. The vigorous applause from his mother and aunts branded him forever, lighting an intense hunger that from then on marked him as a performer.

By the time he was eight, Gabriel could do a front flip from standing and a back flip if he started on an upturned crate. At ten, he began making money entertaining passing travelers with astonishing feats of strength and flexibility. His mother, who was never quite sure what to make of the determined and nearly silent son who grew more and more a cipher as the days wore on, worried herself sick that he might land on his head and die. Or, worse yet, become a cripple she would have to care for all the rest of her days.

In the end, it wasn’t the acrobatics she should have worried about. It was love.

The summer he turned thirteen, Gabriel met Vitoria. She was three years his senior and had just moved from the city. She had a daring smile and skin the color of brigadeiro, the chocolate bon bons Gabriel’s mother made for every one of his birthdays. Gabriel got dizzy looking at her. For months he watched her, too scared to talk, too enthralled to walk away.

And then came the day that Vitoria climbed onto the handlebars of an older boy’s bicicleta, one perfect leg crossed above the other, her lips twisted in what Gabriel found to be a terribly adult look of boredom melded with something else that writhed in his gut and lower, something he couldn’t quite yet name. When Vitoria hopped off the bars, smoothed her white skirt, and—in a voice of one too weary for the life she had been handed—said, “Doesn’t anybody in this ridiculous little place do anything interesting?” it was, to Gabriel’s ears, a direct invitation.

Hope made his skin feverish. That night, he paced in his room and mentally listed his skills. Whatever he chose to show Vitoria, it had to be perfect, dramatic, extraordinary. He had seen others doing flips, so perhaps that would bore her. He could balance plates on his chin and nose now, sometimes even catch them in a stack from his little sister tossing them across the room, but to him that felt childish, certainly not deserving of the unnamed thing he wanted from Vitoria. He pulled out his favorite deck of cards and fanned them from hand to hand as he mentally crossed things off his list one by one: Too babyish. Too boring. Too mundane.

Until he remembered the unicycle.

The unicycle was his adversary. Gabriel had spent the summer before last building it from spare bicicleta parts. It leaned against his bedroom wall now, as it had done for over a year, taunting him. For months he had tried to teach himself to ride, but to no avail. It was the one act of balance he couldn’t seem to pull off. From the moment he touched the unicycle, all his considerable skill fled his body like air from a punctured tire.

Now he rounded upon the contraption with new determination. He would not only learn to ride, he would master the skill. He would unicycle like no one had unicycled before! He pictured himself riding, triumphant on his one-wheeled cycle, perhaps juggling as he rode. Vitoria couldn’t help but notice.

He drove himself into a frenzy, practicing relentlessly. Every time he fell, landing on his knees in the hard-packed dirt behind his house, he got up and climbed back on. He refused to let pain or torn pants dissuade him. He refused to wear kneepads. His bloody knees were the hallmark of his love for Vitoria, and he wore them proudly. He fell and he fell and he fell, until he could ride several feet without crashing forward. Soon he would be ready!

Unfortunately, the dirt outside Gabriael’s home harbored a certain persistent bacteria that, while harmless if it touched skin, was quite deadly should it find a way into the body. The infection entered through his knees. Within three months, his legs were hot to the touch. Within four and he was hospitalized. And when he came out three months later, it was with one fewer legs than he originally had and a remaining one that didn’t answer when he called.

The doctors said he would never walk again.

In retrospect, perhaps it was the acrobatics after all.