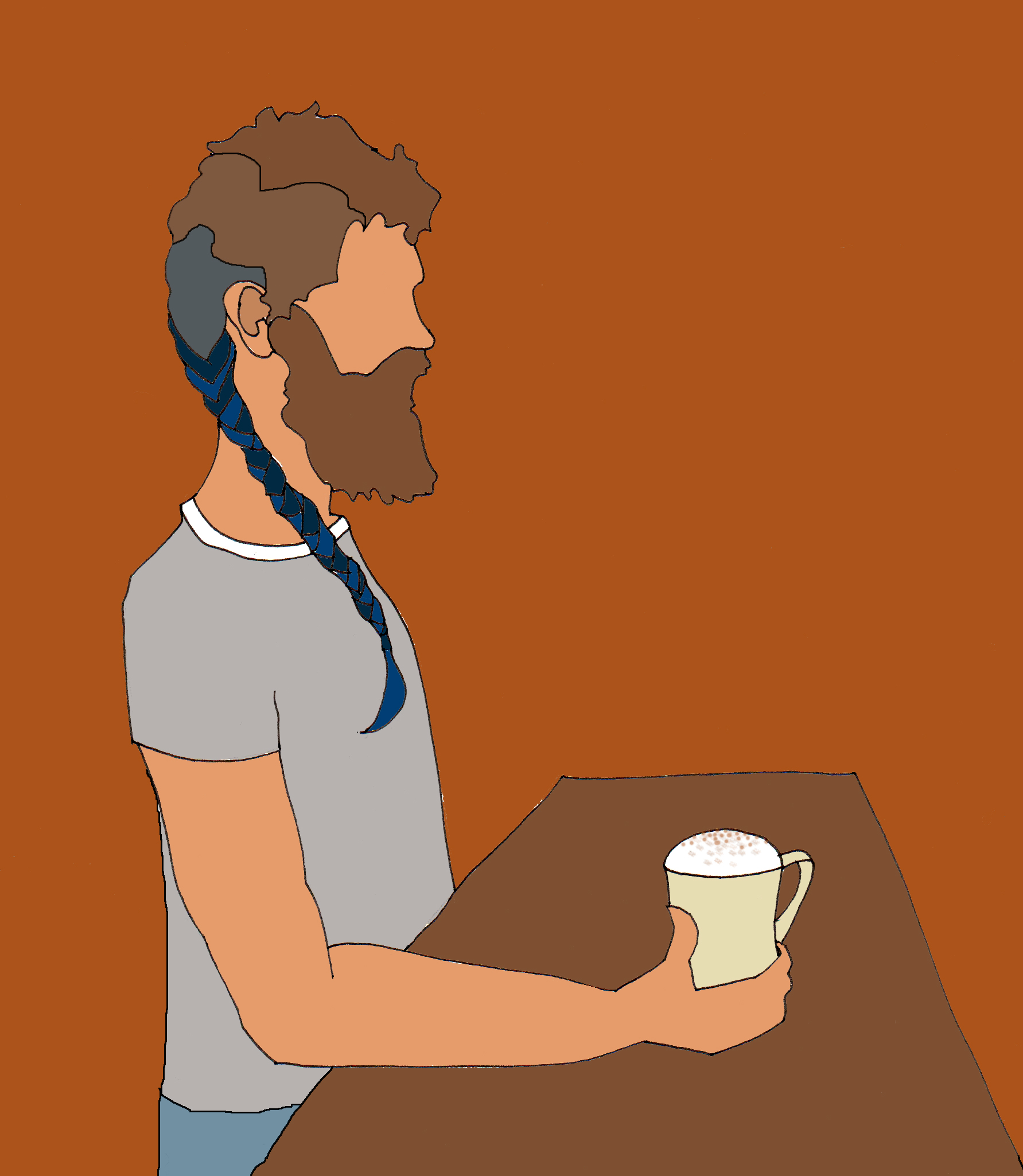 “THIS IS WEIRD,” said Jenna as they stepped into the deserted big top. “Really, really weird.”

Florencia hovered just inside the door flap until her eyes adjusted to the dimness. Outside, the older woman complained loudly about not being invited in, her voice far-off and unimportant. Florencia could just make out a circular stage with chairs arranged around three quarters of it and a tall black curtain covering the back. Even empty, in the middle of the day, the big top tasted of wishes waiting to be made. It smelled of grease paint and dust and sleight of hand. Florencia felt a small pang of understanding for her unborn daughter.

“Follow me,” said the tiny woman, the seagull still on her arm.

“You’re the fortune teller, aren’t you?” asked Jenna. They followed the woman behind the curtain into an open-air pavilion with an espresso cart. The other people at the long folding tables ignored them: a tall, rangy man reading a newspaper in an Arabic language and two Asian women working intently on some kind of blueprint.

“Three cappuccinos, please, Bruce,” the fortune teller called to the man at the cart, his dark blue hair in a thick braid down his back. “Yes,” she said to Jenna. “I’ve been waiting for you.”

“Okay, look,” said Jenna. “I really don’t mean to be rude, but this is kind of creeping me out. Is this a game?”

“No game. I’m Leelee. This is Joe,” she motioned to the seagull, who regarded them with its shiny black eyes. “Well, actually, they’re all named Joe, because I can’t really tell them apart. But this is Joe Number One. I think.”

Jenna stared at LeeLee. Florencia scooted away from Joe Number One’s beak. Bruce brought them three cappuccinos. Joe Number One stepped off LeeLee’s wrist and flew to the ground by the espresso cart, where he proceeded to eat pastry crumbs.

“I’ve never seen anyone tame a seagull before,” said Jenna.

LeeLee emptied two entire packets of sugar into her coffee and stirred it. “The Joes aren’t tame,” she said. “They just like me.” She took a sip of her coffee and added another packet of sugar. “Is this her?” she asked, lifting her chin toward Florencia.

“Is this who?” asked Jenna. She hadn’t touched her cappuccino. “I’m sorry. I just don’t understand any of this.”

Florencia sat very still. She had a loose swirl of an idea of what was happening but it was too unformed to grasp, like rising smoke that looked like something but wasn’t. Inside of her, Iris was quiet, intent.

LeeLee took another sip of her drink. Her hands on the mug were like a child’s, tiny and unwrinkled. Her wrist was fragile, bird-like. And yet Florencia had seen her rappel down the side of the tent as though it were nothing, as though she were going for a walk. She had seen her hold her arm, with that huge bird perched on top of it, straight out to her side without even shaking, without even batting an eye. Something in her dark eyes made Florencia trust her.

“You might not understand,” said LeeLee. “But she does.”

Jenna looked from Florencia to LeeLee and back. “Florie? What’s she talking about?”

“The Six of Swords,” said LeeLee. “The Tower. The Empress. By the way, did you bring my card back?”

Jenna crossed her arms. “Um…no. Sorry. A seagull dropped something on our heads. We didn’t exactly know we were supposed to keep it forever.”

LeeLee sighed and pointed to Florencia. “She did. Look, I have plenty of other things to do right now. But the boss says it’s important, so it’s important. There’s a child coming, and she’s one of ours.”

“What?” Jenna jumped to her feet. “That child is not yours! She’s Florencia’s. And, um…” Jenna paused, looked at Florencia. “Someone else’s. Anyway, how do you even know about that?”

“Will you calm down?” said LeeLee. “You look like I just told you we’re going to steal her at birth or something. Don’t worry. None of us even like kids. And I know because the cards don’t lie.”

“Yes, right, well, that’s true,” said LeeLee to the seagull. “Okay, let’s just say that this time, they didn’t. A child that is yours but not yours. Remember?”

“What does the boss think is important?” asked Florencia, softly. Jenna was still standing, looking unsure.

LeeLee finished the last of her cappuccino. When she set down the mug, partially-dissolved sugar coated the bottom. “She needs us. She needs both of you. The boss says it’s important that you know this. That you let her come when she needs to come. That you don’t move away.”

“I already knew that,” said Florencia.

I wanna learn to call the seagulls, Mommy.

LeeLee rose, held out her arm, and whistled. Joe Number One flew back to his perch.

“I know you do,” she said, to no one in particular. Then she focused on Florencia. “There are VIP tickets waiting for you at Will Call. You can pick them up on your way out.”

Florencia stood as well. “Were you talking to me, just then?” she asked. “When you said ‘I know you do?’ Or to her?”

LeeLee smiled. “To both of you,” she said.