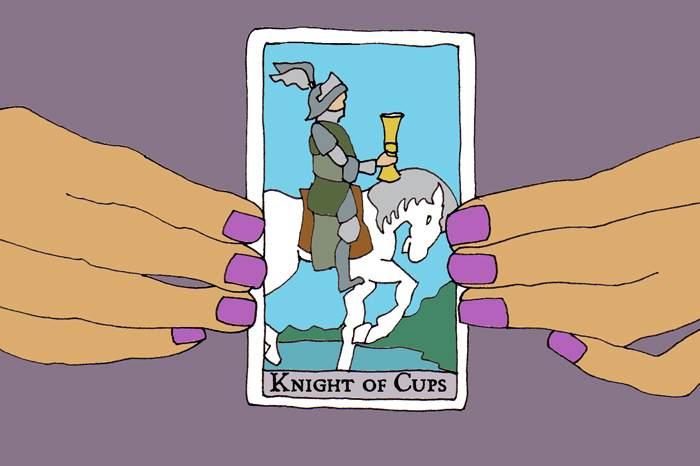 GETTING HER PREGNANT SELF out of the rows of seats at the Circus of Lost and Found was even more challenging than getting in had been. By the time Trixie Franklin made her way out of the row, down the aisle and out into the yard, she had to go to the bathroom. Again. And by the time she got out of the ladies, what with the crazy long line, they were already chiming everyone back into their seats. She had just enough time to find Youssef and apologize, meet the two women he was with, and get back to her seat. Honestly. Fifteen-minute intermissions must have been designed by a man.

“They seemed nice,” said Ralph as Trixie settled in. “Those women with your brother. That blonde one looks familiar. Have we met her?”

Ralph took her hand as the music swelled and a single spotlight lit the center of the stage. For a moment nothing happened, and then a trapdoor in the floor opened and the Winged Man rose from beneath the stage, pulled into the air by the line attached to the back of his costume, his wings spread and his arms crossed over his chest. Trixie nearly gasped. His costume and makeup looked even better with the lights and distance, and the effect was astonishing. The Winged Man’s eyes were closed and his head ducked, and yet the his facial paint was so carefully contoured and smudged that she feel the power and sadness it was meant to convey as strongly as if someone were narrating.

At the height of the Big Top, the Winged Man opened his eyes, sending clearly-visible shadows from his lashes across his face. It was stunning, and even though it was clearly a combination of false eyelashes and lighting, Trixie still couldn’t quite see how it had been accomplished. Maybe they had some kind of class she could take to learn how to do that.

The Winged Man did a few slow flips in the air, coming to land on a small platform way above them all, and two sets of red silks tumbled down from above him. As the Winged Man grabbed them, his eyes flicked across the audience and then stilled. Tricia turned to look; sure enough, he was looking at Youssef’s friend Jenna. The Winged Man’s mouth lifted in a barely-there smile. Then, with a flourish, he undid the line attached to his back, wrapped himself in the red silks, and slid halfway to the ground as a winged woman dropped from the other set of silks to land draped over his shoulders.

As much as she was enthralled with the pas de deux that now played out in the air, Trixie sighed. If she knew anything, it was what that half-smile meant. Her new friend LeeLee didn’t have a chance.

By the time he gently set his partner onto the ground, where she slipped into the trap door in a way that the audience would see as melting, Danil Kazlauskas knew he had given the best performance of his life. He hoped it had been good enough to garner him a date.

Backstage, LeeLee was waiting for him, standing just behind the two stagehands waiting to help him—Saul and Mary? Or maybe Sam and Mirabel? He turned and let them remove the wings from his costume as LeeLee shifted from foot to foot, obviously uncomfortable.

“That was wonderful,” said LeeLee a little breathlessly as the stagehands—Sonny and Maria?—began folding his wings. “I mean, you’re always wonderful, but tonight especially. Which I guess makes sense, right, since we all worked extra hard for this finale and everything…”

Danil smiled at her. She even talked like his little sister, although in English, of course, instead of Lithuanian. “Thank you,” he said. “I was hoping for it to be particularly…engaging. It was, you think?”

“Of course,” said Danil. He liked to be patient.

“Well…you know the other day? When I read your cards and they told you to stay in town while the circus went dark?”

The fortune teller was more nervous than he had ever seen her. Danil frowned.

“Is there something wrong?” he asked, trying to keep his voice gentle and playful. His sister Ruta was known to burst into tears if she thought you were angry with her, and Danil had often been told that he sounded angry even when he wasn’t.  “The cards, were they…” he searched for the right word. “…Worrisome?’

“No, no! Nothing like that. It’s just…” LeeLee looked miserable. “I think I might have misinterpreted them. And I felt bad. I didn’t want you to, you know. Take it too seriously. Because one of your cards was the Eight of Wands, which is about travel.”

Danil waited for her to go on, but she didn’t. He raised his eyebrows. “I am sorry,” he said. “I do not understand.”

Danil was sincerely confused. “Is that all?” he asked. “But you are so…distressed.”

To his surprise, LeeLee started laughing.

“Did I say something wrong?” asked Danil.

The fortune teller covered her mouth with one small hand, still giggling. The red in her cheeks was fading. “I’m sorry! It’s just…distressed! I sound like a pair of jeans!”

Danil smiled then too, although he still wasn’t sure what she meant. But he was glad she seemed more at ease. “Please do not worry,” he said. “I know the cards are not for real. And I very much want to stay here these six months. So you see, you have nothing to worry for.”

Not for real? thought LeeLee as Danil turned to go. Oh dear.